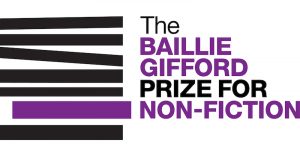 On 24th February, Russia invaded Ukraine. In the weeks since, we’ve heard horrifying tales of human rights abuses and families forced to flee their homes. Nevertheless, Ukrainian forces have managed to resist the Russian military for now, whilst Western nations have expressed their support, sending relief to Ukraine and imposing sanctions on Russia.

In this month’s episode of Read Smart, we’re joined by Sir Antony Beevor, a multi-award winning historian of war whose book Stalingrad, which recounted the battle between Russian and German forces in Eastern Europe in the Second World War, won the very first Samuel Johnson Prize – the precursor to the Baillie Gifford Prize. His new book, publishing this coming May, is Russia: Revolution and Civil War 1917-1921. Serhii Plokhii is the professor of Ukrainian history at Harvard University, who won the 2018 Baillie Gifford Prize for Chernobyl: History of a Tragedy. And Polly Jones, the professor of Russian at The University of Oxford, who recently wrote an introduction to Ukrainian author Vassily Grossman’s epic novel Life and Fate.

This episode is hosted by author and critic Shahidha Bari, and generously supported by the Blavatnik Family Foundation.

Listen now as these three hugely distinguished guests discuss the conflict in Ukraine, the extent to which Putin’s current actions are based in historical motivation and how far the conflict marks a historical turning point.

The Disasters Emergency Committee and British Red Cross are taking donations for the Ukraine Humanitarian Appeal online. If you’d like to support this, please visit redcross.org.uk

To find out more about the Baillie Gifford Prize visit thebailliegiffordprize.co.uk.

For more podcasts from The Baillie Gifford Prize, visit www.thebailliegiffordprize.co.uk and sign up to the newsletter.