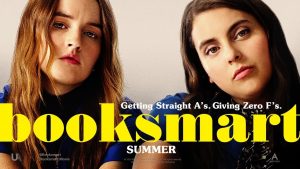 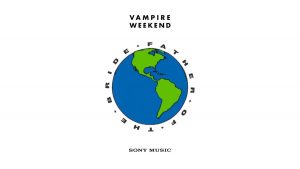 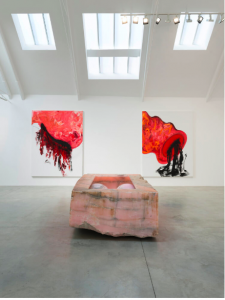 Anish Kapoor’s latest exhibition features new sculptures in welded steel, granite and onyx, as well as a series of large-scale paintings which he rarely shows. The artist discusses his continuing fascination with depicting bodily fluids, and with his favourite colour, alizarin crimson.

In the new film Booksmart, Beanie Feldstein plays one half of a pair of high school female friends who have succeeded in getting places at Ivy League colleges by keeping their heads down and studying hard. But when they find that less dedicated students at their school have also been successful college applicants, the girls begin to question whether they have sacrificed too much for their academic futures. Beanie discusses the friendship at the heart of Booksmart and why she thinks it’s such a breakthrough movie.

US indie rock band Vampire Weekend’s Ezra Koenig discusses their latest album Father of the Bride, ahead of their forthcoming Glastonbury gig.