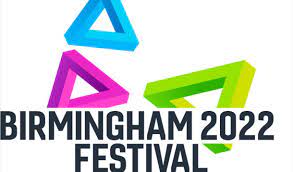 Singer and fiddle player Bella Hardy talks about her new album – her tenth – Love Songs, which sees this adventurous musician return to where she began, with the traditional songs she’s known all her life.

Thomas Lynch is an American poet with strong connections to Ireland. He is, too, an undertaker, a career that has informed his verse and essays, which dwell on life and death, faith and doubt, and also place. From his ancestral cottage in County Clare Lynch talks to Shahidha Bari about these things and reads from Bone Rosary, his New and Selected poems, just out.

The Birmingham 2022 Festival is the biggest celebration of creativity ever in the region, showcasing the work of artists within the Commonwealth. Ahead of the Commonwealth Games starting this week, the arts festival Executive Producer Raidene Carter and artist Beverley Bennett share their continued vision and excitement with Shahida Bari.