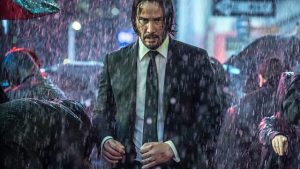 Keanu Reeves returns to cinemas in John Wick: Chapter 3 – Parabellum, reprising his role as the super-assassin. He takes pride in performing most of the action scenes and discusses working with the director Chad Stahelski, himself a former stuntman.

Paul Gambaccini remembers the singer-turned-movie-star Doris Day whose death at the age of 97 was announced today.

Research recently published in the British Medical Journal reports that regular sexual activity between couples is on the decline. The authors cite ‘diversionary stimuli’ such as smartphones and Netflix as distractions that could be impeding intimacy. Culture writers Louis Wise and Karen Krizanovich explore whether art can function as an effective aphrodisiac.