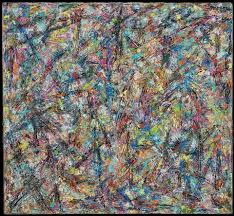 Ben Platt has been acting or singing for most of his life, and after winning critical acclaim, and a Tony for the title role in Dear Evan Hansen, and also for playing the loveable, if quirky, Benji, in Pitch Perfect, he’s now shed his characters and written his debut album, very much from the heart. He tells Shahidha why he felt compelled to write an autobiographical album and why it was important not to hetero-wash it.

American artist Lee Krasner was a true innovator working with bold colours in an abstract expressionist style from the 1940s onwards. She struggled to find recognition in her own lifetime, working mainly in the shadow of her husband Jackson Pollock. As the Barbican in London holds a huge retrospective of Krasner’s work, Shahidha asks the artist’s biographer and friend Gail Levin and art critic Jacky Klein how far this exhibition goes to give Krasner the recognition she deserves.

Shahidha visits Hoxton Hall, a beautiful old music hall in East London to talk to the makers of Chasing Rainbows, a new play about a pioneering black, female astronaut. It’s fictional but inspired by a real space engineer and in it, Oneness Sankara explores the impact of the astronaut’s determination to fly in space on her daughter. Donna Berlin, who plays the spacewoman, spends the performance recreating weightlessness. Shahidha finds out how this is done, talking to the actors, director, writer and an aerialist.

The Guardian Book of the Day: “Dressed”, reviewed by Kathryn Hughes