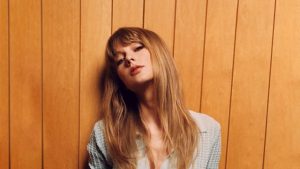 Taylor Swift and the Arctic Monkeys both released their debut albums in 2006. Their latest studio albums, Swift’s tenth, Midnights, and Arctic Monkeys seventh, The Car, have just been released. Laura Barton reviews them and compares their unexpected similarities.

As new exhibition The Horror Show! opens at Somerset House, horror in art and film is discussed by the exhibition’s co-curator Jane Pollard and BFI film programmer Michael Blyth.

May Sumbwanyambe on his new play Enough of Him which explores the 18th century story of Joseph Knight, an African man enslaved by plantation owner Sir John Wedderburn and brought to Scotland to serve in his Perthshire mansion.