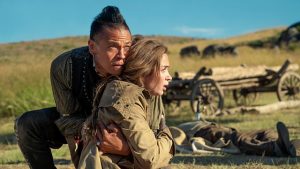 The Light in the Hall, The Shipping Forecast photographs, Nell Zink

The Light in the Hall, a crime drama starring Joanna Scanlan, has launched on Channel 4 following its previous incarnation in Welsh on S4C, as Y Golau. Director Andy Newbery joins Shahidha to discuss directing a bilingual ‘back to back’ TV production with a single cast and crew.

Photographer Mark Power discusses his seminal book The Shipping Forecast, which has been re-released with over 100 previously unseen photographs.

And the writer Nell Zink, known for her dark humour, discusses her latest novel, Avalon, which focuses on the life of the indefatigable teenager, Bran, who grows up in the pie-less version of America and embarks on a contradictory love affair.