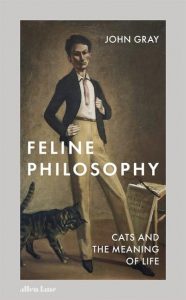 It’s the issue that’s more divisive than Brexit, more polarising than politics. The world is full of animal lovers but we can’t agree on which pet is more worthy of our love – the loyal, obedient dog, or the inscrutable, capricious cat.

It’s the dog, of course, say the champions of all things canine. For a start, dogs are more intelligent. They have twice the number of neurons in their cerebral cortexes as cats, and their mental abilities can be close to that of a human toddler. But intelligence isn’t everything. What bonds us to our dogs is love. And science backs this up. When we look into our dog’s eyes, our levels of the so-called love hormone, oxytocin, shoot up by 300 per cent. And the feeling is mutual. One study showed a 130 per cent increase in dogs’ oxytocin levels when they gaze into the eyes of their owners. And cats? They showed a 12 per cent increase – proof of bonding, but also evidence that cats don’t love us as much as dogs do. No wonder cats have a reputation for being self-centred and standoffish. And then there’s that heart-melting look that dogs give us, when they lift their eyebrows and make those sad ‘puppy dog’ eyes. They can do this because they have evolved a special muscle, absent from their wolf ancestors, which they can use to make their eyes larger and more childlike. As for cats, you’re lucky if you get an impenetrable stare.

But that’s to misunderstand the whole essence of cats, say fans of the feline. Unlike dogs, who were domesticated by humans and bred to be subservient, cats live alongside us more or less unchanged from their wild forebears. As for intelligence, cats are just as good as dogs at learning. They are just less keen than your typically obsequious pooch to show us what they’ve learned. And when it comes to communication, every cat owner will tell you that their cat has a whole repertoire of miaows – from high to low pitch, short to drawn out – to signify to us what they want. Dogs merely have an unnuanced bark and a waggy tail. But the real point about cats is that they are not ‘people’, as some owners think their dogs are. Cats may have entered our world and they may love us in their own way, but they are fundamentally ‘other’ than us, which makes owning a cat a much grander and more mysterious project than owning a dog.

That’s the argument that the political thinker John Gray, author of the new book Feline Philosophy, will be making in defence of cats in this debate. He’ll be taking on the full rhetorical force of novelist and dog-lover Will Self, who in his own words is ‘positively salivating at the thought of getting my canines into those narcissistic cats’.

Intelligence Squared: Antony Gormley on How Sculpture Shapes the World