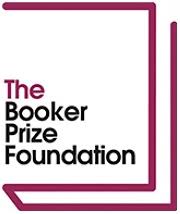 The judges for the 2022 Booker Prize have been announced, as the prize opened for submissions.

Each year, the prize is awarded to what is, in the opinion of the judges, the best novel of the year written in English and published in the UK and Ireland between 1 October 2021 and 30 September 2022. The ‘Booker Dozen’ of 12 or 13 longlisted books will be announced in July 2022 with the shortlist of six books to follow in September. The winner of the £50,000 prize will be announced in November 2022.

Gaby Wood, director of the Booker Prize Foundation said when announcing the 2022 judges: ‘It is perhaps a little easy to forget that both Booker Prizes are international. As we’ve seen in the submissions for the Booker Prize year after year, the English language has been hugely enriched by a global sensibility – whether it’s a winning London novelist influenced by a Māori author, a Turk writing in English under the star of James Baldwin or Scots dialect first published in New York. And the prize has a global impact: the shortlistees and winners are celebrated all over the world.

This year’s panel is composed of superb readers who have an innate understanding of that global scope, yet are steeped in the history and literature of Britain. They are experts in the porous boundaries of genre, and in the exchange of literary traditions. I can’t wait to see what they recommend.’